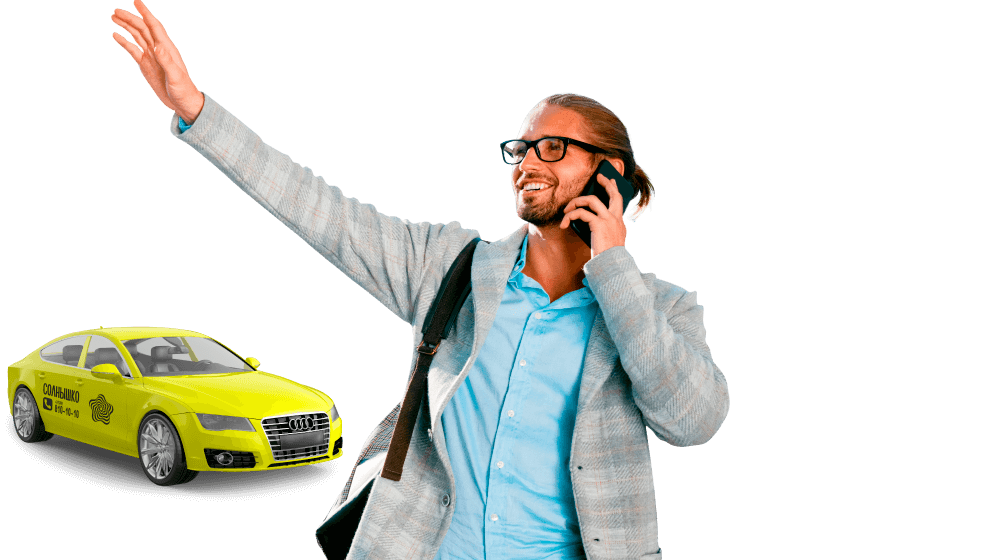 Comfort Taxi
In comfort to work
on business

Minivan Taxi
For any event
up to 8 people.

Ordering a car in just
a few clicks

The ability
to pay by bonuses

The tariff is 20% lower, than
when a taxi ordered by phone 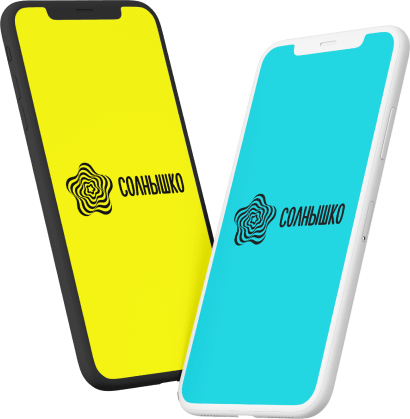 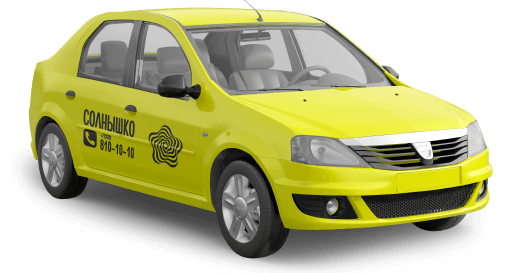 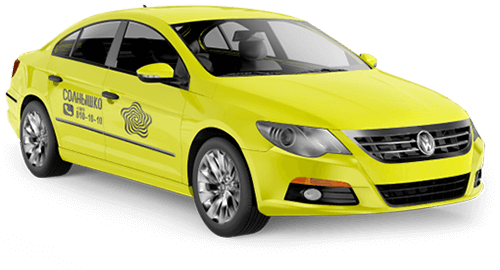 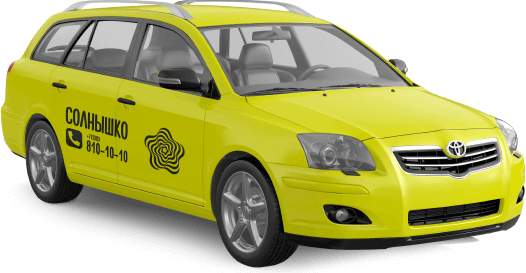 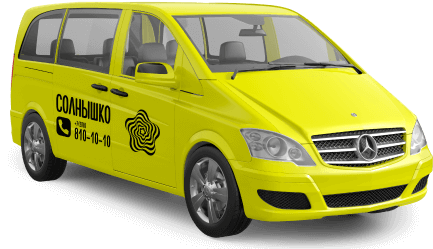 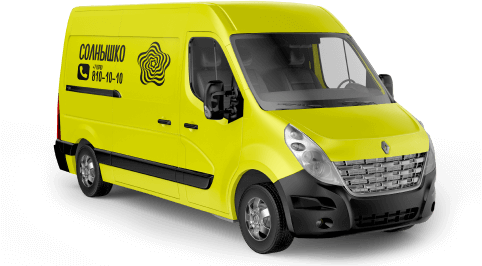 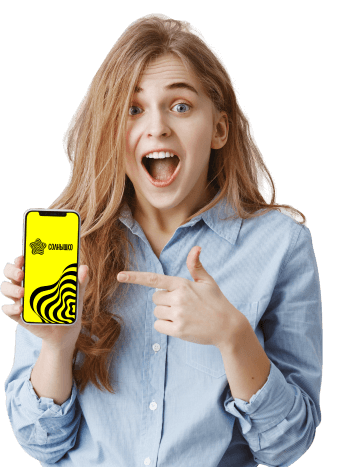 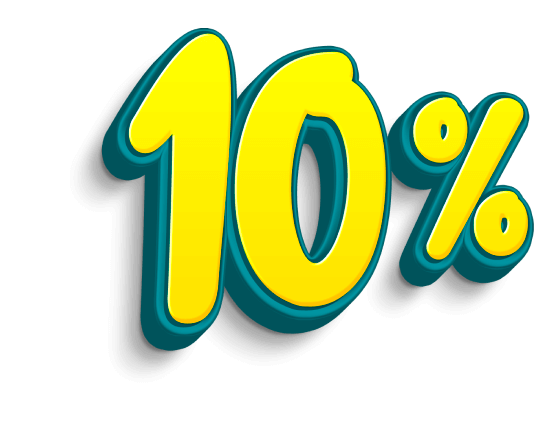 How to get cash back?

Order through the application 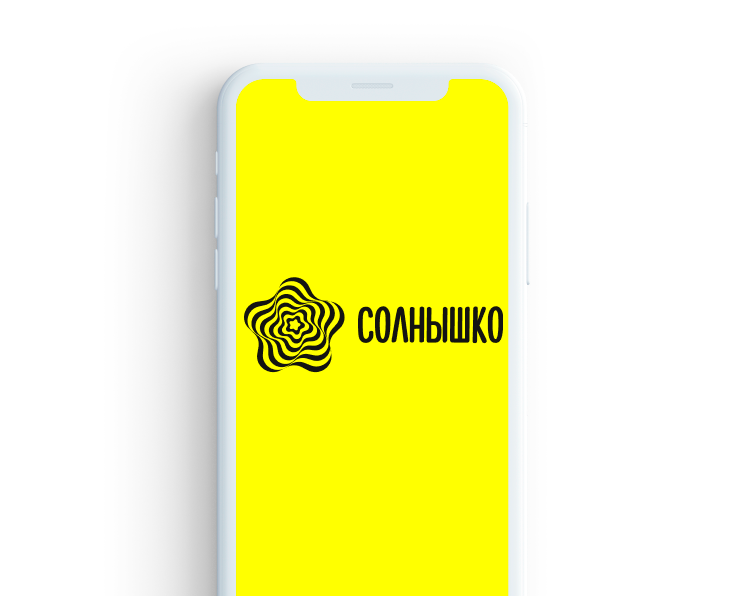 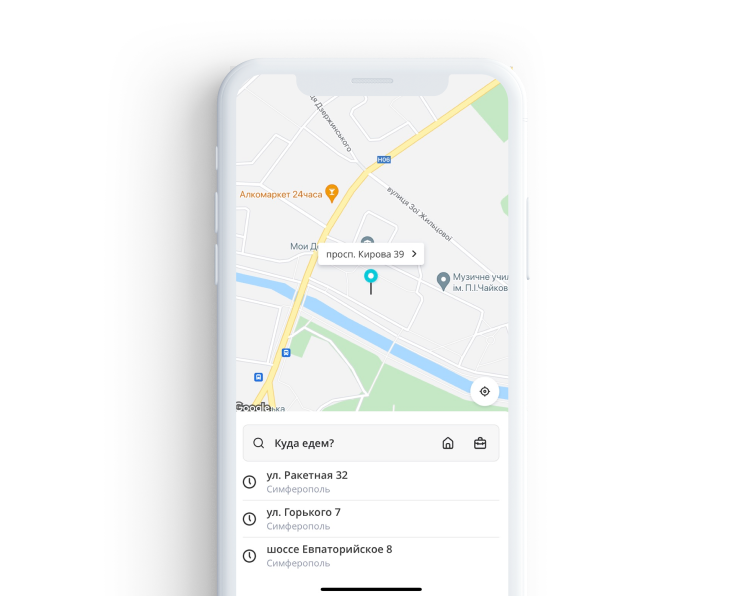 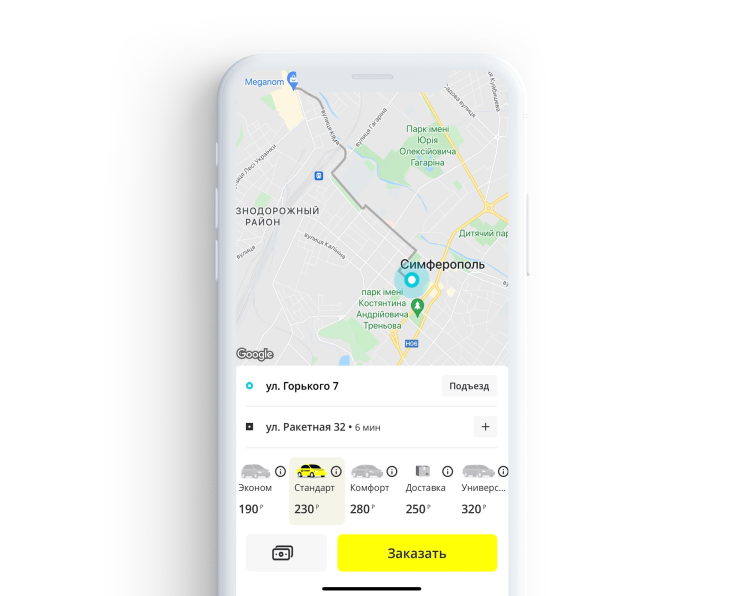 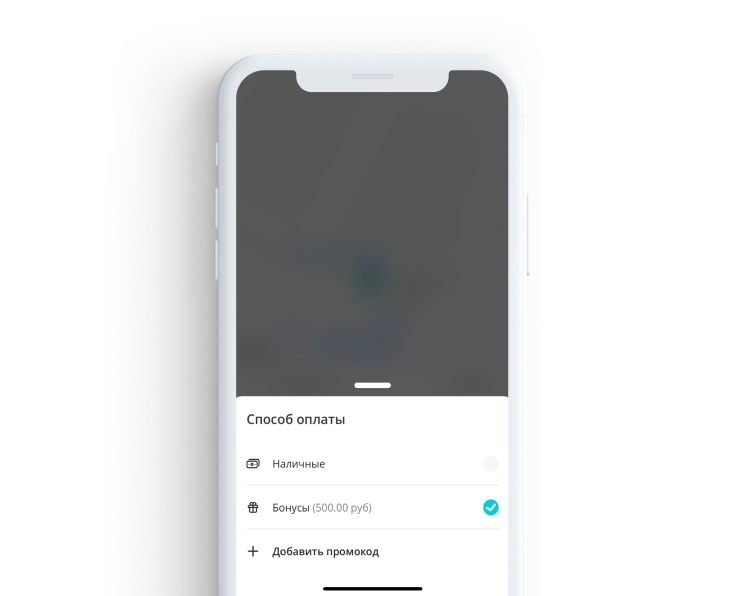 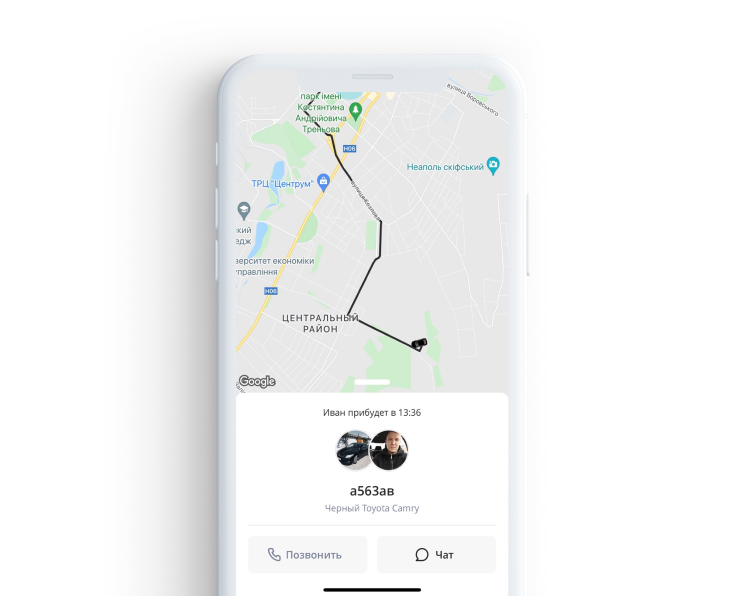 Step 1: launch the application
“It's faster than calling an operator“
Step 2: choosing a route
“You can quickly specify the point "home", "work" or choose a different address“
Step 3: Choose a tariff
“The choice of a suitable class of car or other services“
Step 4: Payment method
“ Cash or bonuses (if you have saved up)“
Step 5: Order
“You can see the whole process of finding a car and how it is coming to you“ 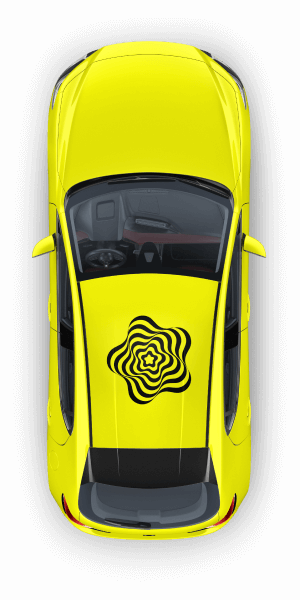 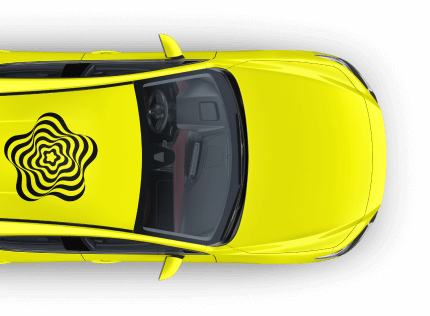 Budget or small-sized car models, as well as cars of a new model of a domestic manufacturer that meet all parameters

Comfortable cars with a spacious interior, air conditioning and a number of other advantages

Large-sized cars for a company of more than 4 people, with a spacious cargo compartment and a spacious interior

Purchase the goods you need, and transport them to the specified address

Transportation of a small parcel weighing up to 20 kg

You set the price for the trip yourself

Delivery by courier over short distances

Universal car for a comfortable trip

Car equipped with a child seat

Traveling with an animal

For travel by companies

We work all over the Crimea

Dear passengers!
We ask you to wear masks when boarding and traveling in buses, trams, taxis.

Pursuant to paragraph 6.2 of Protocol No. 2 dated March 21, 2020, the meeting of the operational headquarters on the prevention of the spread of a new coronavirus infection in the Republic of Crimea must wear masks for both passengers and drivers.

Transportation of passengers without masks is prohibited! 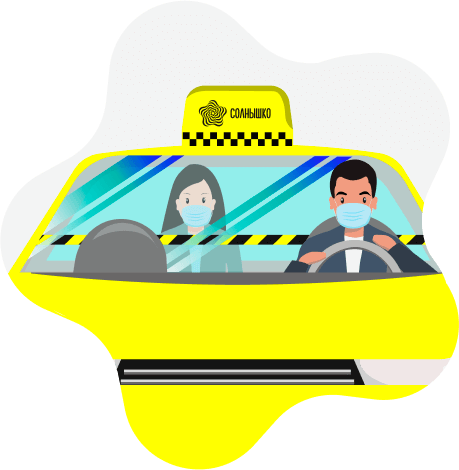 Employees of the authorities have the right to draw up a protocol on an administrative offense and this will entail a fine of up to 30,000 rubles. 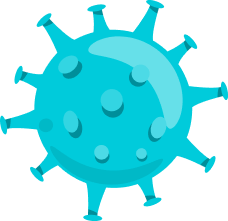 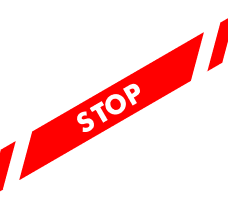 In the near future, special raids are expected on all public transport routes by employees of the Police, the National Guard and Rospotrebnadzor. Not only passengers without a mask will be fined, but also drivers who allow it.

Mask mode is not a whim! This is the current reality in which we all need to live somehow. Please do not break the rules and do not make worse for yourself or others. Hope for understanding. Bon Voyage. Take care of yourself and your loved ones!

Hello! The morning started with your taxi! Everything made me happy again! They rushed so quickly that I didn't have time to get together :) And the dispatcher is wonderful, professional, and the driver is...

In general, not bad, decent conditions, I always get there quickly and comfortably. I advise.

We were pleasantly surprised. The car arrived within 10 minutes, the driver was polite, competent, neat. I'm afraid to jinx it, as usual, but for now let's take this taxi.

Nice service. Of course, there are shortcomings, but the price / quality wins. Therefore, I will continue to use your service.

I ordered the Economy tariff. The driver arrived in a Mercedes - very nice! Thank!!!

СОЛНЫШКО, as always, is on top. The trips are flawless, I have already tested some additional services - I am satisfied.

Thank you СОЛНЫШКО taxi! As always, everything is clear and intelligent! This is probably the only company that knows where my street and house are - you need to point your finger to others)

I am a regular customer of your service. Cool taxi. There was an isolated case when the car was not very clean, but the driver apologized. The rates are acceptable. Service is much better than...

It so happened that the intercity bus, on which we were traveling with my wife and children, broke down. Unable to wait for the transport to be repaired, we began to dial all the taxi...

I ride around the city only by СОЛНЫШКО taxi - it is as comfortable as possible, and quite profitable. Fast and safe travel only with this service.

Order a taxi to Kerch

Would you like to call a cheap taxi in Kerch? With «СОЛНЫШКО», you can do it in seconds.

СОЛНЫШКО: how to call a cheap taxi in the city?

Every day hundreds of citizens use the services of the various taxi services: Kerch - city, where life flows quite rapidly, and in time where you want to be difficult. But when you need to call a cheap taxi in the city, there is several problems at once.

The first of them - the choice is really respectable service. Because we all know that cheap - does not always mean quality. Of course, this does not mean that it is necessary to overpay. But at the same time inexpensive and high quality taxi still difficult to find

The second problem - to find or recall the phone or the service site, and then take the time to call and explain to the dispatcher (which sometimes is not so easy), where it is necessary to drive and where you should take a taxi in Kerch.

Of course, these problems do not apply to those who already chose a СОЛНЫШКО Taxi.

The taxi СОЛНЫШКО different from what you used before?

Our service is really very different from the usual call taxis in the city. Starting with the fact that in order to book a car, you will need no more than a few seconds. A car drives up in just a few minutes. And after the driver asked to sit in a taxi, Kerch will rush through the windows, and you will move to the target by the shortest and fastest route.

And we did not exaggerate. As we have been able to achieve such amazing results? It's simple.

We have completely abandoned the dispatchers services only complicate the process of calling a taxi in the Kerch and make it impossible to do it for real cheap (because their services are also to be paid).

To order a taxi СОЛНЫШКО, enough to install on your smartphone firmware application, which itself determines your location. Thus, for the taxi driver, for which the Kerch - the same hometown as for you, it will be clear where to drive. And thanks to the user interface, a taxi is simple and fast.

And, of course, we thought about those whom it is more convenient to order online cheap taxi for the city. Our site is specifically designed so that you would cause the most convenient cheap taxi: Kerch in the form of maps spread out before you. It remains only to fill out a form - and consider that the taxi had left -zakazannoe online.

This site allows you to not only call a taxi in Kerch. Here you can see the approximate prices and determine which option to choose to order a cheap taxi in the city. Also, on a special page of the site you can yourself calculate the approximate cost of the order. (Considering additional options selected and the distance that will drive a taxi in Kerch). And, of course, the site will be useful for those who professionally control his vehicle and want to receive for transportation of passengers decent money. Future drivers will be able to see on the site, you need to start working in the СОЛНЫШКО, and what rules should be followed. Convenient is also the site for those who want to book a taxi СОЛНЫШКО in Kerch and advance wants to know the answers to some important questions. Page FAQs answer everything you ever wanted to know.

The most convenient way to call a cheap taxi site will be for those who are currently uncomfortable using a smartphone (for example, it is in your charge). However, many who want to book a taxi cheaply, choosing it as the main way to bring cars.

In any case, you choose how to call a taxi: a taxi Kerch СОЛНЫШКО is truly a convenient city. And you can always be sure that will have time to where you want on time.