By taxi around Crimea: TOP 5 cities for a mandatory visit 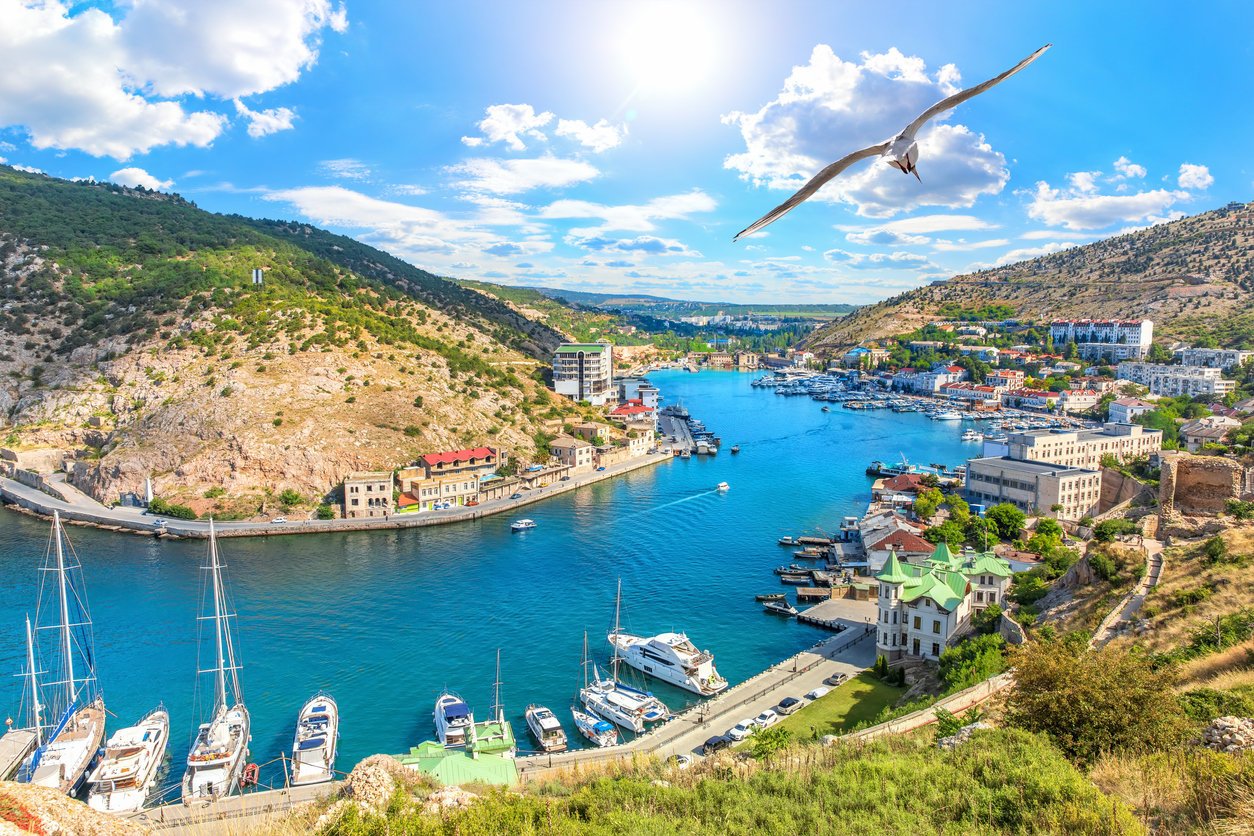 Experienced tourists and novice travelers who have visited just a couple of countries are united by the opinion that Crimea is undoubtedly one of the most colorful and picturesque places on earth. The Crimean peninsula is a concentration of amazing landscapes, amazing sand and pebble beaches, incredible mountains and valleys, and just a sea of sights. That is why Crimea annually attracts a large number of tourists. The peninsula has an interesting feature — no matter how many times you visit its cities, you will still find something new and extremely attractive for yourself.

We recommend traveling around the peninsula by taxi, because this is the safest, most affordable and comfortable way. Renting a car for a long time is expensive, and using public transport with personal belongings is inconvenient, especially if you have to travel long distances. And we have prepared a very interesting route for you, so download the СОЛНЫШКО app to call a taxi at any convenient time. 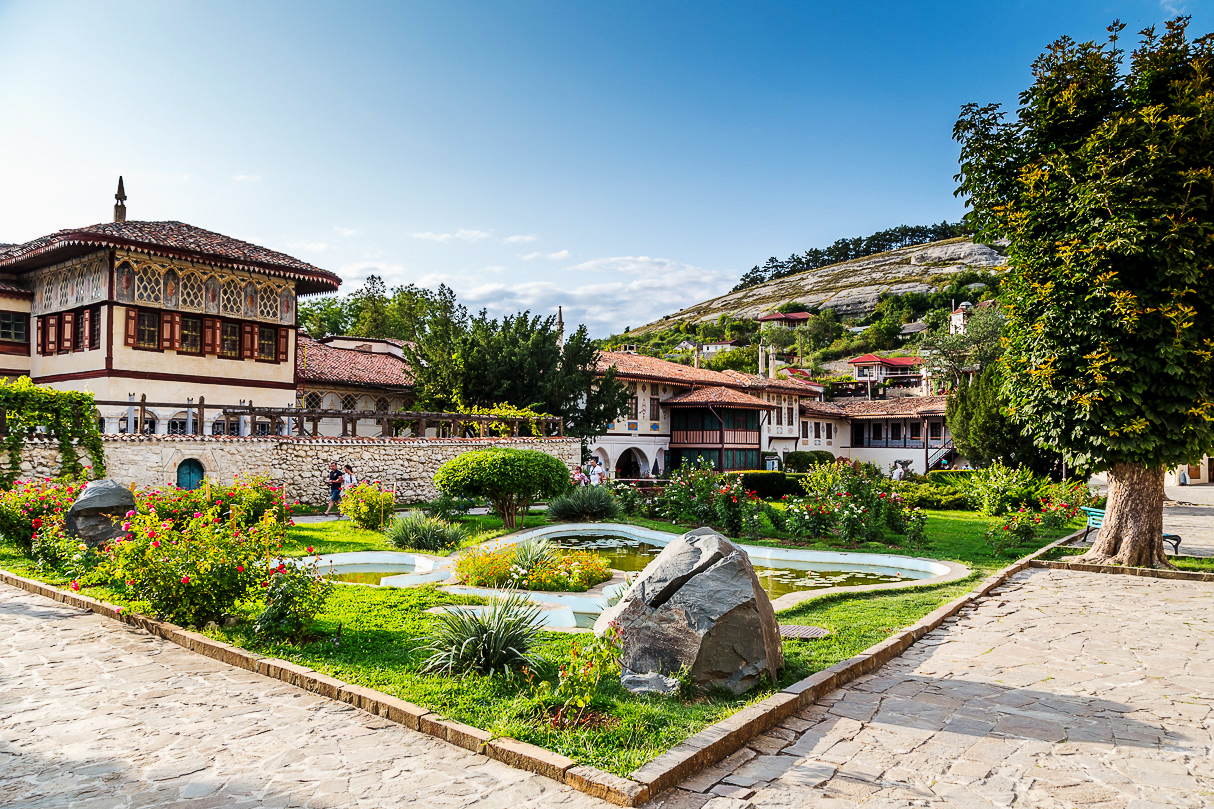 Heritage of antiquity — Bakhchisarai and its sights

The former capital of the Crimean Khanate — Bakhchisarai — has one of the richest historical and cultural heritage. If you literally translate the name, then you will find yourself in the city of “Garden-Palace”, and it really describes the city in the best way. In the old town, you can see many centuries-old architectural monuments and cave cities, which, by the way, quite strongly attract connoisseurs of this type of tourism.

The unique and one of a kind object of the Crimean Tatar palace architecture, the Khan's Palace, is of global importance. The palace complex included many buildings and was the residence of many rulers.

The cave cities of Tepe-Kermen, Eski-Kermen, Chufut-Kale and Mangul-Kale, located in the vicinity of the city, have an incredible history. The city of Bakhchisaray also has a lot of significant religious buildings and natural objects that are worth paying attention to. 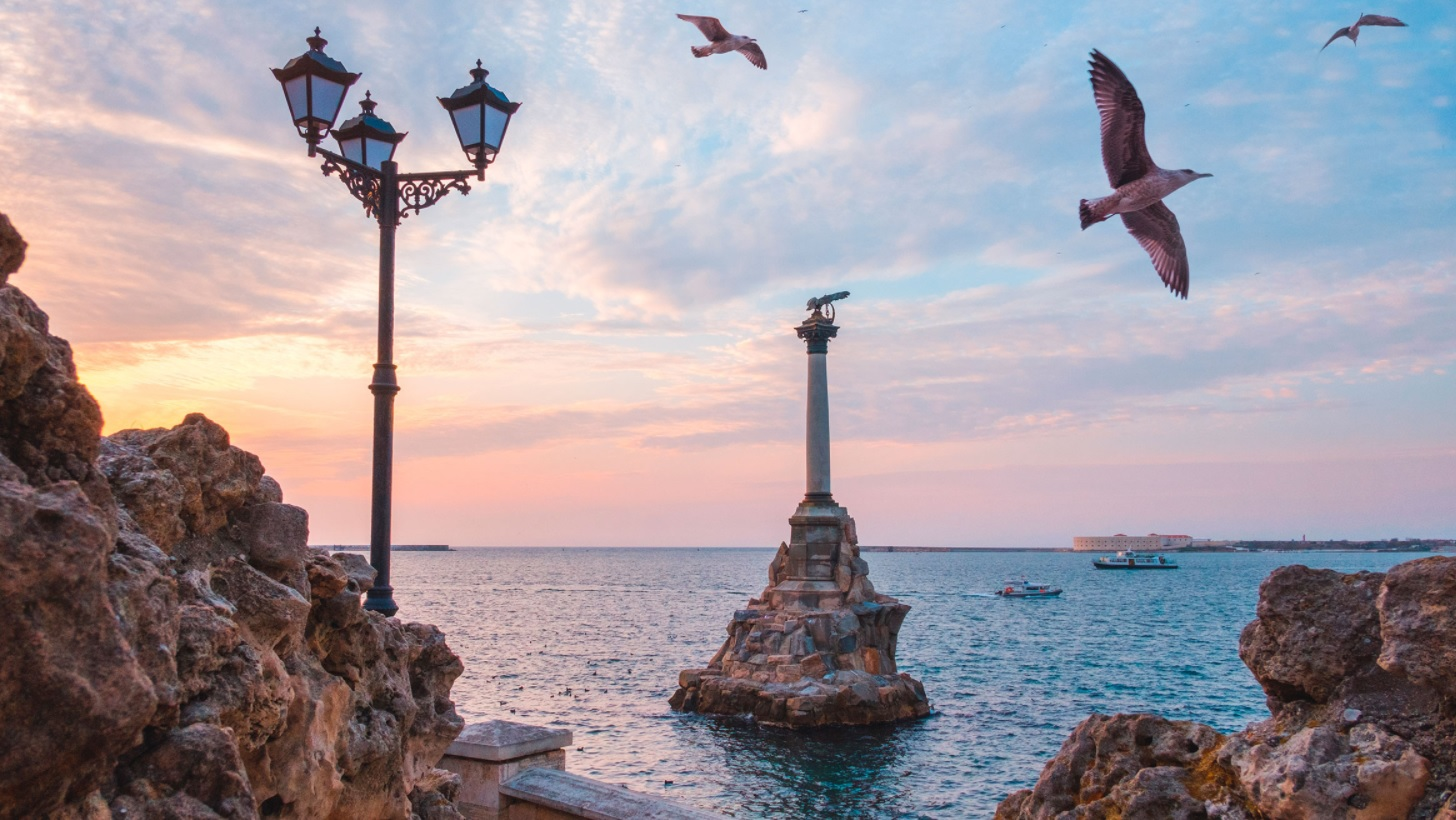 Historical values — Sevastopol and its places of glory

The Hero City of Sevastopol is a legendary place in the Crimea, located on the Black Sea coast. Not being a resort, the city still attracts a lot of guests, because it is the main historical center of the peninsula.

The city has a wide variety of monuments: ancient, architectural, cultural and places of military glory. One of the most popular places in Sevastopol is the embankment, from which you can see one of the visiting cards of the city — a monument to sunken ships, which settled right in the sea.

A frequent choice of tourists, which is already considered traditional, is a trip to the panorama museum “Defense of Sevastopol”. This is a work of art that conveys the spirit of the events of those years.

The heritage of antiquity within the city is Chersonese Tauride, or rather the ruins that have been preserved to this day. Now it is a museum with regular tours and archaeological excavations.

If you are a connoisseur of beach tourism and ended up in Sevastopol, don’t worry, there are a sufficient number of all kinds of beaches: Jasper, Golden Beach, various grottoes and bays. 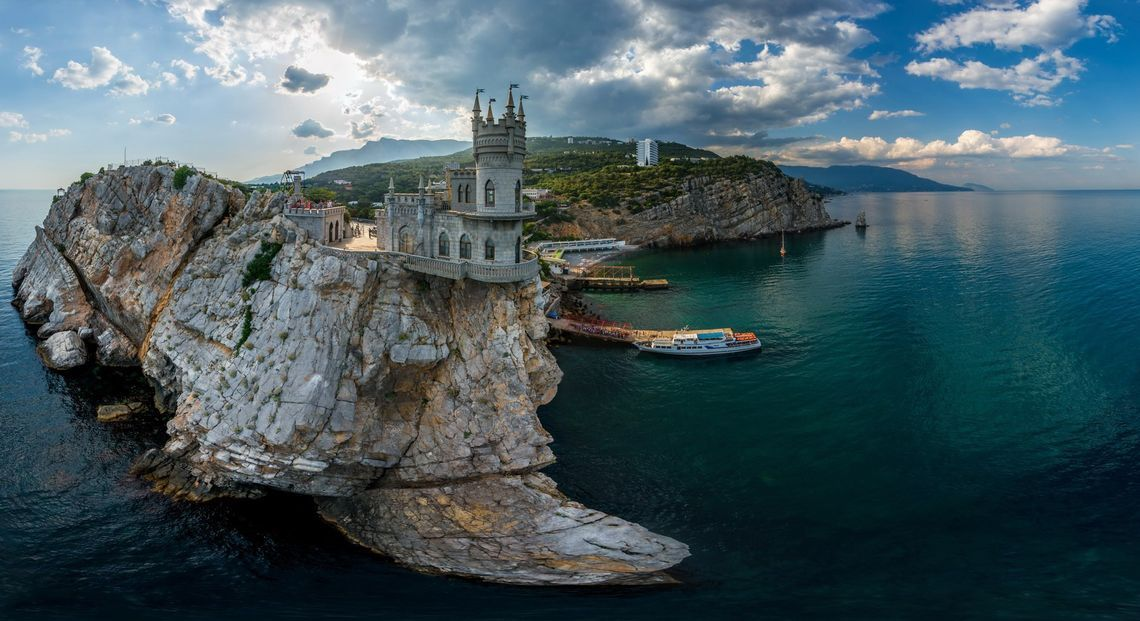 Yalta is one of the first cities that comes to mind at the mention of Crimea. The resort center of the peninsula has its own unique charm. The hallmark of Yalta is undoubtedly the Swallow's Nest, a castle of delightful architecture, located on the very edge of a sheer cliff 40 m away.

The world-famous Vorontsov Palace is also the property of the resort of Yalta. This is a majestic and large-scale architectural masterpiece, conveying the spirit of the era of romanticism. And closes the top three most famous architectural heritage sites in Yalta Livadia Palace — a grandiose snow-white building with an incredibly large garden with palm trees and cypresses.

In Yalta, you can also pay attention to: 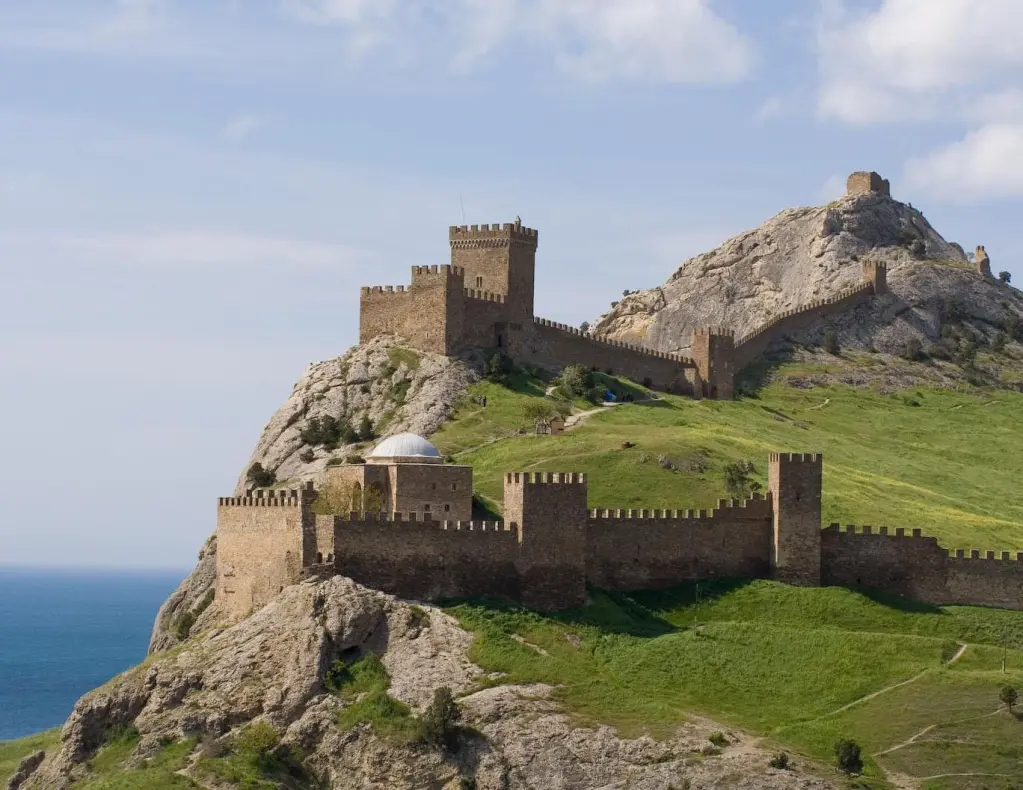 When it comes to Sudak, one involuntarily recalls the beautiful views of the southeast coast and the aroma of good wine. Sudak is a city that promises tourists the cleanest sandy and pebble beaches, amazing panoramas and many sights of a different nature.

A bright and impressive building of historical and architectural heritage in Sudak is the Genoese fortress, towering on top of a mountain of 157 meters. Since the fortress is very well preserved, tourists come to see it quite often.

Other interesting places in Sudak and surroundings: The resort on the same southeastern coast of Crimea — Feodosia — unlike the hero city of Sevastopol, managed to combine monuments of former military greatness and fantastic beaches with amazing views.

Among the most notable structures One of the highlights is the Church of St. Sarkis, the oldest Armenian temple in the city. Aivazovsky himself was engaged in its internal display. One of the visiting cards of the city is the Stamboli Palace.

For tourists who love museum exhibits, it will be interesting to visit:

Well, we have described your future tourist route from the 5 brightest cities of Crimea. So, pack your bags, call your friends, and go on an exciting adventure with the СОЛНЫШКО taxi. 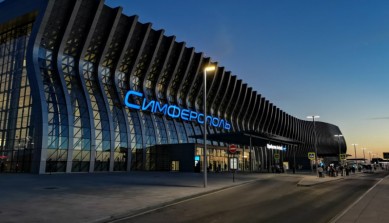 Simferopol Airport: how to get to another city? 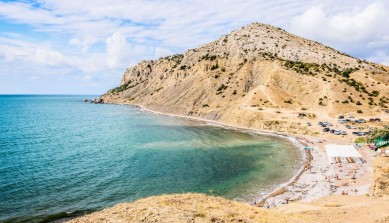 The best beaches in the Crimea for recreation in 2022 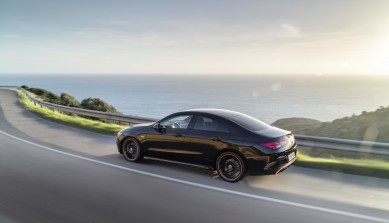 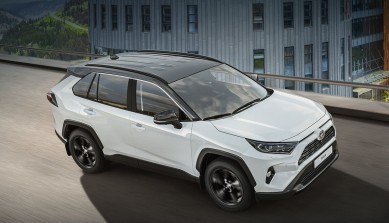 7 current alternatives to a private car 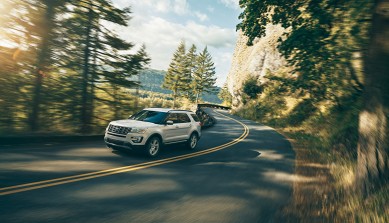 Is it profitable to have a personal car in 2022? 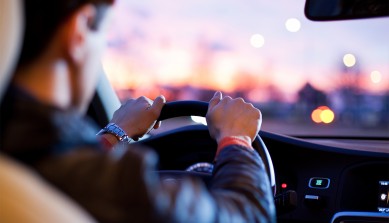 Rules for the driver's response to non-standard cases 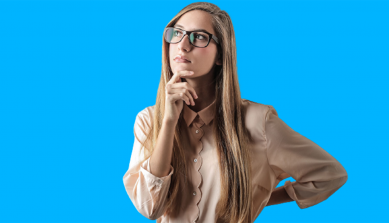 Facts you didn't know: inside the taxi service 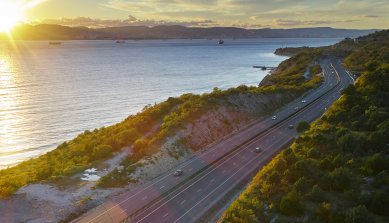 Safe and comfortable trips in Crimea: what should a passenger take into account? 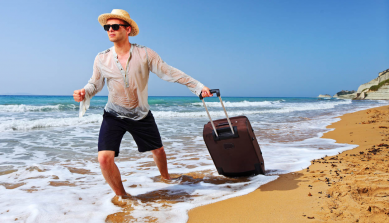 Tourist cities of Crimea: choosing transport for travel in 2022 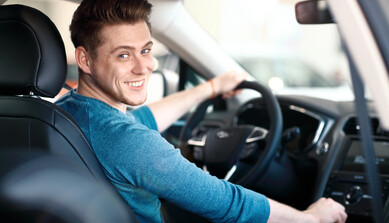 Driving as an additional income: how to make money while driving? 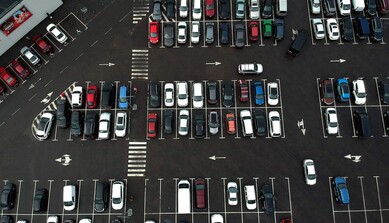 Parking spaces: a global problem for all drivers in 2021

Read more>>
Show more news Hide
Do you have questions?